“Do you want to see a magic trick?” the boy asked his friend one day. It was a beautiful springtime day, and the boys were excited for school to be over for the year.

“I don’t believe in magic,” the other boy said.

“Sure you will,” his friend said, and rolled his eyes. “What are you going to do? Make something disappear?”

“Better.” The first boy answered with a smirk. “I’ll make something appear.”

“Something really big. Something beautiful... how about... a tree? A full size tree that will tower over the fence, over the house, and will shade the whole yard.”

And with that, he dug a small hole, and filled it back in.

The boys stood back and watched.

“Ha! Nothing happened!” The friend scoffed.

“You just have to wait.”

Eventually, the boys got hungry, and they still had homework to do.

The boy’s friend still didn’t believe in magic, and the conversation was nearly forgotten. Nothing can ever be completely forgotten, of course, but information gets tucked away somewhere... maybe buried under other information in our brains.

They went off into the world and had jobs and families of their own.

They were pretty busy and didn’t get back to the old town too often.

The boy(he was a man now)’s mother got sick, and so he went back to the old house. It needed some upkeep. Nothing too serious... some new gutters and a paint job, you know, that kind of stuff.

The man (who used to be the boy) was scraping the trim on a window, when someone called out to him. It was the boy who had been his friend, but was also a man now.

“I haven’t seen you in decades,” one of them said, as they talked in the shade of a very tall tree.

Posted by Timouth at 4:59 PM No comments:

I used to sneak into the typing room at my school in Jos, Nigeria, to write stories.  I had to sneak, because the typing teacher wanted me to be typing asdf ;lkj, "The quick red fox jumps over the lazy brown dog," or copying something someone else had written, without looking at the keyboard.  Back then, typing was something not everyone could do.  You had to sit through lessons and practice a lot.

Nowadays, most people can type.  Kids learn it without trying.  They want to use the computer, and that is the motivation.  No one seems to talk about words per minute anymore.

If you want to get in shape, you can force yourself to do workouts on a boring machine, and try to make it less miserable by listening to music or watching TV at the same time.

I think the best way to get in shape is to want something else more.

The fresh air and view after a hike up a steep trail, a bike ride with friends on a beautiful day, chopping wood for a fire.

There are parts of my life that I like to talk about, and other parts that I’d just as soon forget.

I almost never talk about the time I lived in Portland OR. Eventually, it seems, I come to terms with these periods of my life. I used to say “My life began when I moved to Africa.” Well, that wasn’t true, and I came to embrace, and even long for my early childhood in Michigan.

Yesterday, I looked up Phantom Ranch Bible Camp, where I spent three summers near Mukwonago, WI.

That place holds so many memories for me. Memories that have been locked away.

It all seems so long ago, and I don’t relate to the person I remember being then.

Perhaps one of those places could have become home, as Grand Marais did, in spite of a rocky start.

Maybe an apple tree doesn’t think about when it was a seed or sapling, or the people that pruned it because it reached toward a fence or path.

I tend to write off the painful or difficult parts of my life, and the people I knew during those times. It’s sad.

I think maybe there is still a gift in moving the furniture and wiping away the cobwebs that cover the door.

I keep reading about looking forward rather than looking back. I think there is value in both. We have this unique perspective... the seemingly fleeting moment of now, yet we are continually here (or there). Every moment sits in the future until we step into it, or until it rolls by us, however you choose to view it. Then just as suddenly, it passes into history. We saw that sight, heard that sound, and automatically incorporated it into ourselves. A group of those moments form an experience. A group of experiences form a day. Eventually, a group of days form a lifetime.

I think of my lineage. I also think about the future, my legacy.

A lot of people say we should just live in the now, neither regretting the past nor dreading the future.

What about celebrating the past and looking forward to the future?

The past gives us context. The future gives us motivation, if not hope.

Posted by Timouth at 9:50 PM No comments:

I think of my children

This morning I had the joy of drinking coffee in my bed with two of my kids and one of my grandkids. We snapped a picture, as we often do, because we want to make memories together. We missed out on the first 16 or so years together, and now we treasure all the moments that we share.

We have all had experiences of all kinds up to the present moment. We’ve celebrated and we’ve suffered. We’ve gained things and we’ve lost things.

That’s life. That’s how life works. A happy moment can set us up for a sad moment, when we no longer have the person that made it happy.

I think of my children that weren’t born... the children I wanted so badly.

I think of my children now, and realize they are the ones I was hoping for. That other reality wasn’t ever really an option.

I think of my children that grew up here and moved away. They are the ones for whom this house is a memory. It’s the place where their childhood happened, and it’s now a very mixed bag of memories.

Everything changes, all the time.

You see, I was the kid climbing in bed with my parents. It doesn’t seem that long ago.

Posted by Timouth at 7:55 PM No comments: 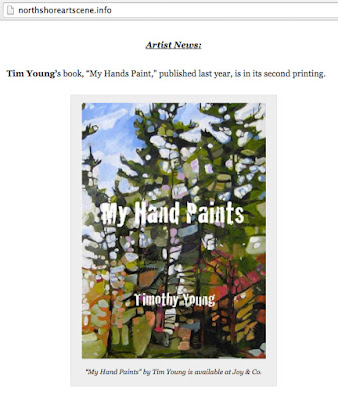 Posted by Timouth at 4:17 AM No comments:

I got this thoughtful text today

Hello! I picked up your “my hand paints” book and couldn’t put it down for the entire 1 hour flight I was on yesterday. I haven’t quite finished but it’s truly spectacular! As a painter you’re able to articulate the emotions/process of painting that I feel but have not been able to articulate very well! One of my favorite lines/metaphors is describing seeing the process of a painting is like showing ones work in a math equation!

I think you’re such a wonderful human being. It was interesting reading it knowing you had written it after NC but before Raymond and Summer and I thought about how much has changed for you!

Posted by Timouth at 3:46 PM No comments:

I’ve heard you are what you think you are, and I’ve also heard that you will manifest what you think about or believe. I got that, to a point. I understood that thinking negative thoughts would color your world negative. But then, I also read that putting a red sheet between your mattress and box spring, or painting your door red would bring you wealth. That didn’t quite ring true for me.

Asking the universe for the sale of a painting might put certain things in motion to lead to getting money. Like conceiving of a concept, doing the painting, and hanging it in a public forum.

Putting a red sheet under my mattress feels like asking to sell a picture that I haven’t painted.

Still ... something unseen twitches or sparks in my brain, and motivates my muscles to move in a very particular way. Working in unison with this are my eyes, which broadcast the progress back to the brain. In this way, something is actually realized out of nothing.

And again, if I think for a long time about adopting a child, those electrical impulses make my fingers pick up a pen and fill out an application or home study questionnaire. There are so many deliberate and specific things the brain asks the fingers to do, that it takes a long time. And one day I raise those fingers again in a court of law and say I do.

In Bible School, I learned about the Latin term ex nihilo, which means out of nothing. It’s often used in connection with creation ... God’s creation of the universe. And I picture the Big Bang, and all the little bangs that make a painting or a family.

Posted by Timouth at 8:02 PM No comments: 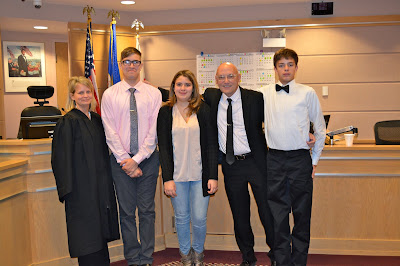 I recently read or heard that there are no big or small moments in life. Just moments. The big thing happens, but then life carries on with another unique moment to follow. There are those events that seem big ... a graduation ceremony or wedding, the adoption of a child ... a catastrophic accident. But when the judge says this is your child, or you may now kiss your bride, it feels like a big moment.

The truth is, the thing you’ve worked or studied so hard for is the culmination of all that work ... all those moments. Like the period at the end of a sentence. Guess what? There’s another sentence coming, or another chapter. So we go from the ceremony or courtroom, and get a good night’s sleep because there is school tomorrow! 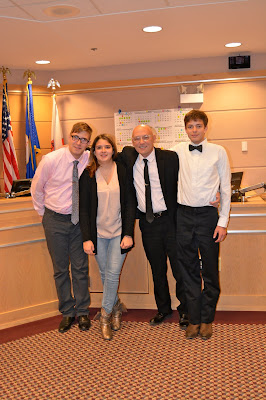 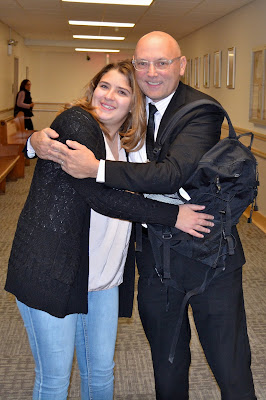 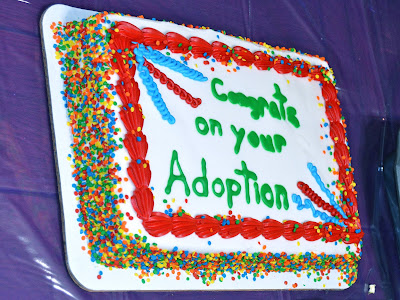 Posted by Timouth at 4:49 AM No comments: 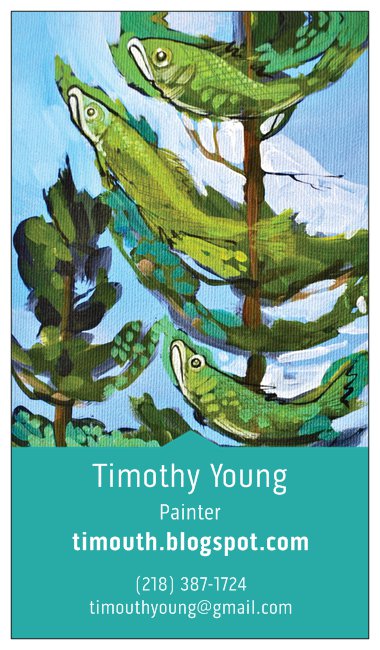 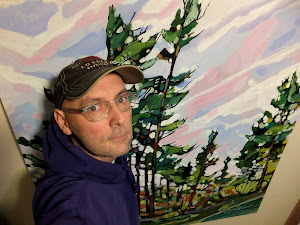 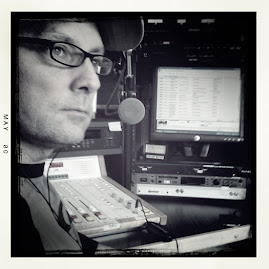 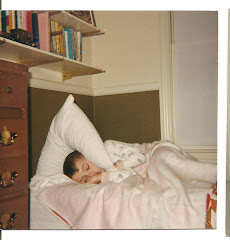 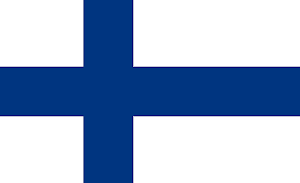 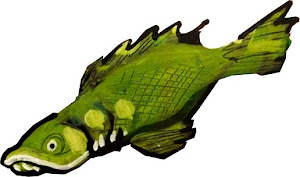